Answering your most asked questions about our company and solutions.

Tell us about Z3 Technology and the product focus

Z3 Technology’s products are made in the USA! We manufacture high quality video compression solutions and design our hardware and software in house. Our outstanding product line offers a wide variety of encoding and decoding solutions that have a user-friendly control interface. Z3 has several off the shelf options but also designs custom solutions to meet unique feature or form factor requirements.

What Visible & Thermal cameras do you recommend for users?

Z3 Technology is a Sony Authorized Integrator which allows us to have early access to Sony’s new camera blocks. We are able to integrate Sony’s new cameras and features before the camera is even available for general release, allowing our customers to be first to market with New Sony camera solutions and integrated product offerings.

Sony’s HD camera blocks that Z3’s Encoders support include the FCB-EV7520(A)/EV7100/EW9500. Additional Visible Camera Manufactures that Z3 Encoders are compatible with include the Tameron, KTNC and Wonwoo cameras.

Do any of your products support Pan Tilt Zoom (PTZ) controls?

All of our Camera Solutions products support PTZ control through the user interface. The video preview allows users to view near real-time PTZ responses from a live video feed available in the Web User Interface.

What is the smallest form factor camera solution that you have? 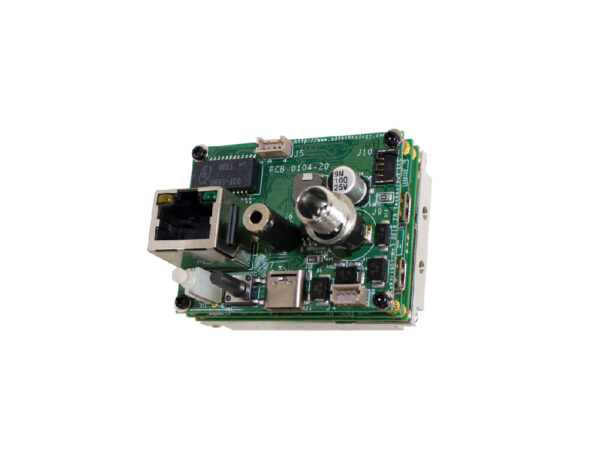 The Z3-Q603-RPS, weighing 43 grams and measuring 50mm by 38mm, is the smallest off the shelf encoder option with an application board that has an Ethernet transformer. Either 4K or HD cameras are supported on the Z3-Q603-RPS. Customers also have the option of integrating the encoder for a board to board connection for an even smaller form factor design and lighter weight option.

Are any of your products Wifi or Bluetooth enabled?

The Z3-Q603-RPS, user interface and streaming output are accessible through Wifi and Bluetooth available through the encoder. Other Camera Solutions products also support Wifi via a Wifi-USB adaptor.

What options are available in the Camera Solutions Scheduler?

Can scheduled events and/or live video be recorded on the Z3 encoder?

Scheduled video events, snapshots, and live video can be recorded to USB, Micro SD Card, or Network File System (NFS). Removable storage has up to a two terabyte maximum.

Our Team of Experts

Z3 Technology is an industry-leading, USA-based manufacturer of video encoding and IP camera systems. We are headquartered in Lincoln, Nebraska with engineering offices in Chicago, Illinois. From our subsidiary office in Japan to our team of video professionals, we know the needs of the global video community and serve customers in applications worldwide

Enter your username or email to set up or reset your password.

Enter your username or email to set up a password.

How can we help you?

Please fill out the form below and we will get in touch with you shortly.

Want to learn more about our products or get a custom quote? Please fill out the form below and we will get in touch with you soon.